There have been lots of medias and papers in some countries (such as in Asia) reported the standard voltage in US and Canada was 110 V, so the people always think the 110 V is the right number in abroad compared some countries’ 220 V such as in China.

The answer is NO. 110 V is a wrong number in Canada and US. Actually, there is never 110 V in both of Canada and US, even never in entire North America including Mexico (127 V). 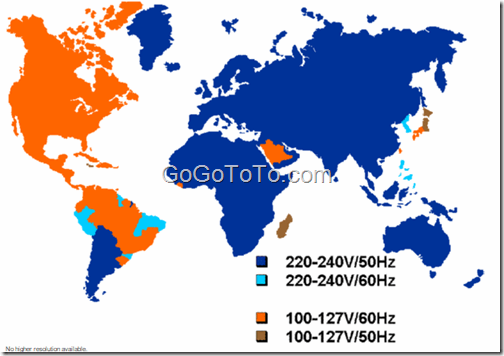 (Above image was from WikiTravel)

(Note: We do not list all countries in the world and all numbers of voltage above)