But there is a problem: Seems Dell themselves do not believe their part of old model computers can work in Windows 7 system without big issue, they even do not provide any official software, tools, drivers for Windows 7. for example, we wanted to update the BIOS which Dell provided. but, they updated BIOS program could NOT run if we have Windows 7 system installed, the error information most were indicating ROM Image file not valid. The reason is just their new BIOS program can not run in Windows 7.

So, in this case, we have to find other way to update Dell computer BIOS –  Using elder boot system to boot our computer.

What we did was that making a bootable USB driver which include elder system, such as DOS with Windows support, we used Windows 98 DOS.

The first trying which we did was using the open source Rufus tool. and we downloaded Windows 98 boot disk ISO file from allbootdisks. but we failed, Rufus popup wrong message which was about the .iso file not supported; 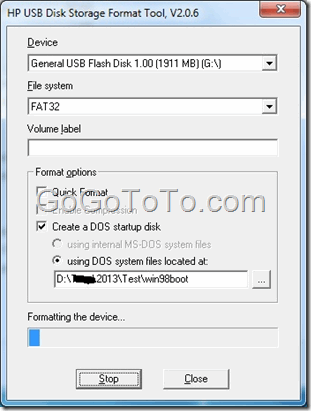 Followed the steps from that page, and we could get a bootable USB driver.

After we get bootable USB, we copied the new Dell BIOS version to the USB driver.

Then plugin this USB driver on our Dell laptop, to boot.  but please change your computer’s boot order in your BIOS setup, which the USB boot should be the first.

We saw the USB boot very fast, since it is a DOS boot actually.

Then run the new BIOS program in DOS mode: 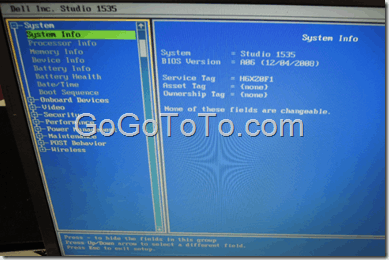