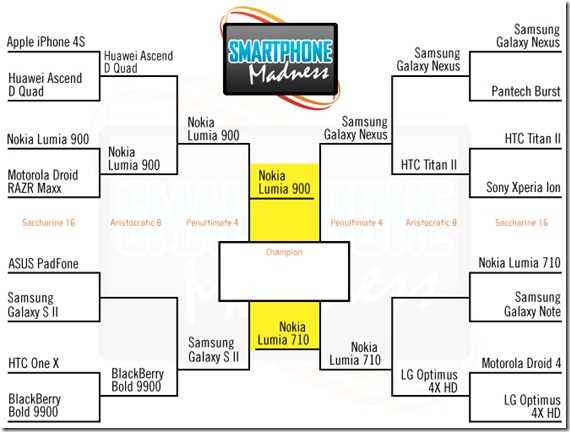 You can see the final tow competitors are Nokia Lumia 900 and Nokia Lumia 710, which are both from Nokia, and both of them use Windows Phone OS. The final result will come out at April 2, please check their official site here. From the game 2012, we get to know some interesting information due to people voted: 1: Chinese Huawei Ascend D Quad is better than Apple iPhone 4s ; 2: Samsung Galaxy series is nice, it almost fight to final; 3: The best 2 makes are Nokia and Samsung; 4: Windows Phone OS came later, but looks like it is the best for consumers; 5: How about if iPhone has new models ? 6: We do not need to wait until April 2, Nokia Lumia 900 should be the final king.