IRQL_UNEXPECTED_VALUE Error When Upgrading to Windows 10

However, when the couple of hours upgrading finished, we suddenly got the system crashing with blue screen and message. There was more serious problem: The laptop kept restarting and showing the same message, which was a IRQL_UNEXPECTED_VALUE error message:

Your PC ran into a problem and needs to restart. We're just collecting some error info, and then wi'll restart for you. (xx% complete)

If you'd like to know more, you can search online later for this error.

Fortunately, When repeat restarted several times, we got another Window which indicated we could have a chance to trying repair function: We clicked the "See Advanced repair options" button:

Then we clicked Troubleshoot button: 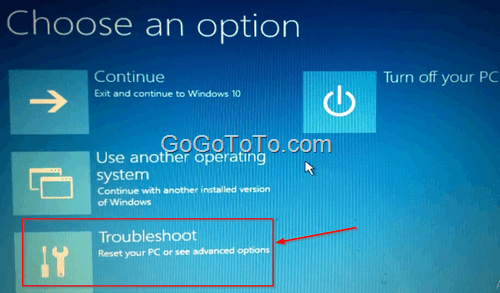 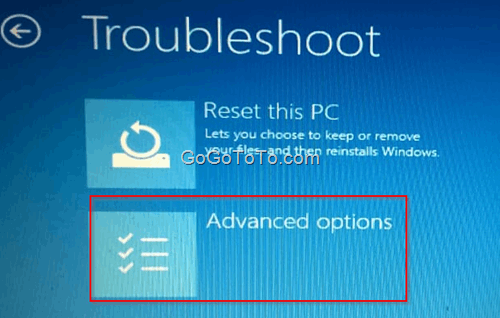 On Advanced Options Window, we could see multiple options to help us try to resolve the issue: 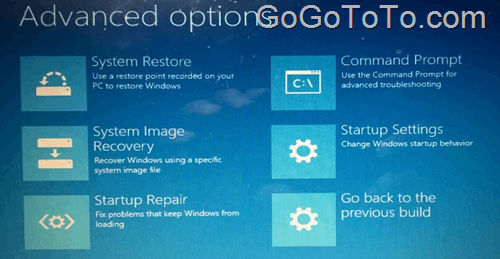 **System Restore:** Use a restore point recorded on your PC to restore Windows. This option should be our first choice to resolve issue. We wanted to go back to the last point which we set on Windows 10 or Windows 10 set point by itself. However, we failed, the System Restore just gave us a message which indicated it could not find the last recorded point, we did not know why the Windows 10 upgrading did not save a point previously on our computer. Whatever, we could not choose this option for us. So we had to ignore this option and try others; **System Image Recovery:** Recover Windows using a specific system image file. Did you backup your system to any image file using Windows system itself or other 3rd party backup tools? Since we did not backup previously, so we could not use this option either. **Startup Repair:** This option can fix Windows loading problem. We did trying it as our second choice. But we still failed and error message which was "Startup Repair couldn't repair your PC." **Command Prompt:** Use the Command Prompt for advanced troubleshooting. This option might be ok we have some ways to find issue and fixing command or program. We did not choose this option because we found it could be similar with using the a GUI Window, such as safe mode startup. **Startup Settings:** Change Windows startup behavior. This option is just the one we mentioned above which could access to Windows safe mode. So we finally chose this one. It would restart the pc, before restarting, we saw the prompt message like the following one, We selected the "Enable Safe Mode with Networking" 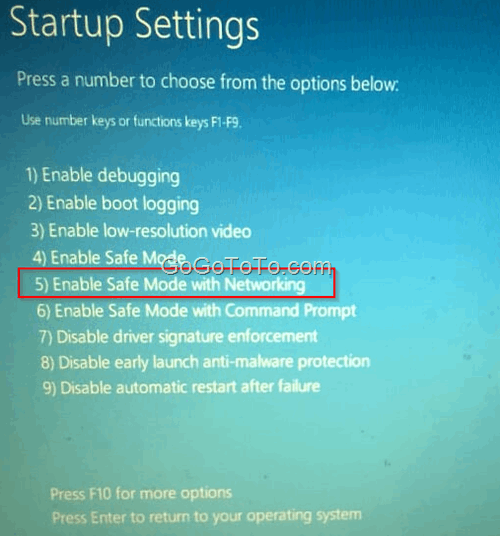 The one of reasons why we selected restarting computer in safe mode was because we had mentioned our computer kept restarting with the error code **IRQL_UNEXPECTED_VALUE, **we entered into safe mode could give us a chance to do some operations for fixing problem. So the next steps we did were just we did something to figure out the exact reason why we got start issue. ## How did we resolve the **IRQL_UNEXPECTED_VALUE starting problem ?** Firstly We must know each resolving way about **IRQL_UNEXPECTED_VALUE **is different because of different reasons. In our case, we mentioned that our computer kept restarting but Windows 10 could not automatically resolve problem for us. What we could consider the real reason MOSTLY was from computer hardware issue. But it did not mean our computer hardware damaged, it was MOSTLY because the computer hardware Missed correct driver software for Windows 10. So we got the computer accessed to safe mode was just want to fix the hardware driver issue. Which hardware's driver was not fit for Windows 10 ? You have to figure out by you one by one, but what we can share an idea is that mostly the drivers' issue could be caused by mother board, video or audio card (if you have standalone cards), network card including wireless and Ethernet etch. Since Windows 10 has mostly involved the common computer mother board driver, also our computer's audio and video did not give us serial problem, we considered the real issue might caused by the wireless network driver. Then we checked the Dell website, we saw the latest wireless driver for our old Dell Studio 1535 was not confirmed and tested by Dell officially, it made us get more confident to check wireless network firstly. However, Dell does not officially provide a Windows 10 wireless driver for our laptop, why we should use the wireless network device ? So what we could resolve the problem was an alterative way: **We disabled the original wireless adapter from Device Manager **– Just right click the dell wireless 1510 wireless-N WLAN Mini-card and select 'Disable'.

After we disabled the original Wireless card, we restarted the computer with normal booting (no more safe mode), we found the **IRQL_UNEXPECTED_VALUE** issue gone, we could boot our laptop correctly. OK, now we had to fond ways how to get wireless work. It was actually simple: **we used an external USB wireless adapter to replace the original wireless card**. We had an external USB wireless adapter which cost us around $20, we just simply plugged it onto our laptop, the wireless came back, everything worked fine then. So above is our case, hope it is helpful for you. Good luck!