What is the reason ?

Microsoft actually had answered the reason of this issue: Remote debugging uses DCOM to communicate between the local and remote computers in some cases, why it happened because Visual Studio process cannot authenticate itself…

How did we resolve the error ?

For our case, we had to use the following steps to fix the issue:

1: We followed the guide from Microsoft suggested, turned off the “Managed Compatibility Mode” in Visual Studio 2013: 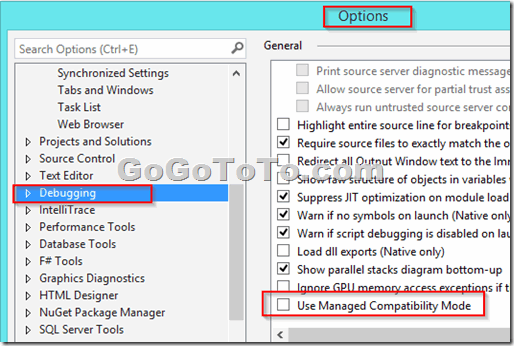