This news was not very surprise to all Xbox customers actually, because they knew that day would come eventually since Microsoft has released new Xbox One to replace Xbox 360.

Xbox One, will be the one member of Microsoft Windows 10 family. Microsoft is trying to settle down Windows 10 to all their existing devices, even IoT devices.

Here is the announcement which was from Microsoft Xbox officially.

Xbox 360 has been in the market 10 years. There have been lots of Xbox 360 users in the world. Microsoft promised related services and supporting about Xbox 360 will not be stopped. 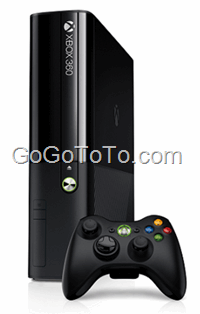 -Xbox 360 owners will continue to receive Xbox Live services for their console, such as online multiplayer gaming and parties, access to the apps they use today, and Games with Gold and Deals with Gold.
-Xbox Live servers that support Xbox 360 services will also remain online and active. Our Xbox 360 fans can continue to play their favorite games with the full support of Xbox Live.
-Gamers will also be able to continue to buy over 4,000 Xbox 360 games or Xbox 360 accessories at retail and through our Xbox 360 store online, while supplies last.
-Any Xbox 360 hardware will still be supported at xbox.com/support.
-And Xbox One owners will be able to continue to enjoy available Xbox 360 games through Xbox One Backward Compatibility – at no additional cost.

Microsoft will have updating plans for gaming on Xbox One, Windows 10 and others over the next few weeks and months, so we will keep watching and give more information later.