Today the family members of ex-movie star, Wang,zuxian (王祖贤, Joey Wang) have confirmed that Wang, zuxian, Qi,Chin’s (齐秦) ex-girlfriend, the old movie “pretty baby” Wang has recently resigned as the Nepalese monks and nuns in the United States. Chin recent ex-boyfriend, said: “Personally, I judge that she will not come out.”

According to a reliable source said that in Canada many years of seclusion Wang, early in June this year in Western Canada, a convert to Buddhism Chinese Buddhist Society, cutting hair for Nepal. News, fans were in shock, but reaction quiet insider. Hong Kong senior Cha, Xiaoxin entertainment reporters yesterday told reporters in a telephone confirmed the news.

Yao,Ming is a hero for most of Chinese people’d especially for Chinese NBA fans. 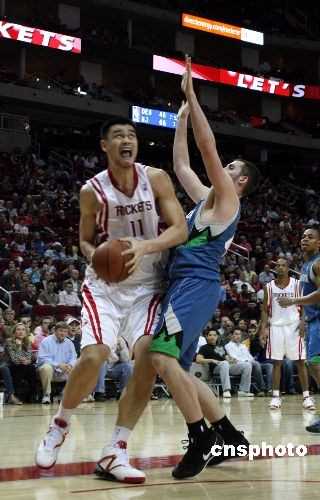 Oh no! Yao,Ming is still so young ! He should be continue in his NBA life. I wish this report is just an image.

Tom Clanton told the newspaper that the 7-foot-6 giant’s decision on what sort of treatment he wants to fix the break could see him miss the entire 2009-2010 NBA season or have the potential to risk his career.

“At this point, the injury has the potential for him missing this next season and could be career threatening,” Clanton told the Chronicle.

“One of the things we are trying to get is a consensus opinion on that, to make certain there is no option we are overlooking that would provide an earlier return or would be an option for treatment that he would prefer rather than doing additional surgery.”

Yao is planning to meet with several specialists to consider all possible alternatives regarding his fourth bone injury in as many years.

A custome lawyer’s blog which about some questions of mailing or import goods to China:

How to list all ending soon items on eBay?

Very easy, just input the following keywords with “(” and “)”:

Here is from a question about Commerce Starter Kit (asp.net). maybe it is can used for any e-commerce website code to setup Paypal payment.

1. Log into the Developer Central website at http://developer.paypal.com.
2. This will bring you to the Developer Central homepage.
3. Click on the Sandbox link found on the right side of the page or the tab found at the top.
4. This will list your fictious sandbox accounts.  To create a new one, click on Create Account.
5. When you click Create Account, it will open a new page of the Register a New Paypal account on the Sandbox environment.
6. You may select one of three account types (casual shoppers, casual sellers, or business owners)
7. For this example, let’s select casual shopper by clicking on the Start Now button
8. Enter in the pertinent information on the Create A Paypal account page and click on the “I Agree, Create My Account”.
9. This will take you to the Account Sign Up results page.
10. It now tells you to confirm your email address… Go back to the Developer Central page where the Sandbox tab is.  Make sure to click the tab again to refresh the list of test accounts with the new account showing up on the list!
11. Now… click on the Email tab found just two tabs to the right of the sandbox tab – this is where you will find all the email coming to the new fictitious email box.  You will see an email there with the subject Activate Your Paypal account.  Click the link of the “email”.
12. A fake email should popup on a new browser window – copy the confirmation number to the “clipboard”
13. Go back to the Sandbox tab, and select the new test account and click the Launch Sandbox button. Sign in to the sandbox with the new test account email address and password by clicking the Login button.
14. To the left you will see a link to “Confirm Email” – click it.
15. Then click the link… “Click here if a link DOES NOT appear in the email”
16. Paste the confirmation number (saved in the clipboard) into the field and click the Confirm button.
17. The account is NOW confirmed.  You may now click on Continue or Skip to do more setup for the account.

I found my old blog created using joomla is too slow , then I try to use WordPress now.

Hello WP! Wish you help me. Thanks!