If you used Windows 8.1 you might have experience to control your children’s account when use the computer. But when you upgrade to Windows 10, you might realized the Windows 10 does NOT have the way to control your Children’s local Windows account, the previous settings for Child account control stuff gone. I don’t know why Microsoft removed the Local account control from Windows 10, but we have to accept the changing, so let’s start how to manage your children’s account. 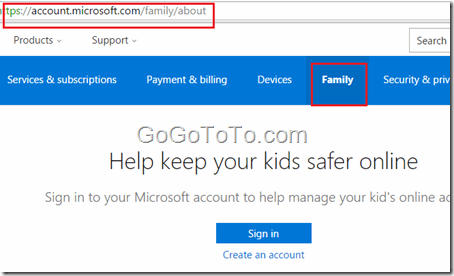 END_OF_DOCUMENT_TOKEN_TO_BE_REPLACED

Due to the newest quarter earning releases from big companies such as Microsoft, Amazon and Google in the last week, the Cloud Computing related services and products became or is to become the main revenue growth.

One obvious truth is: more and more businesses are turning to Cloud Computing platform and related products.

END_OF_DOCUMENT_TOKEN_TO_BE_REPLACED

Today, we saw there were more and more update messages in our Windows 7 update management interface. so we decided to update the system. 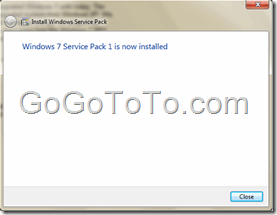 Then, just update, the update management program downloaded all update package firstly, then update the system automatically, but you have to wait at least 1 hour especially for the Windows 7 SP1 update process.

People was waiting for purchasing there. 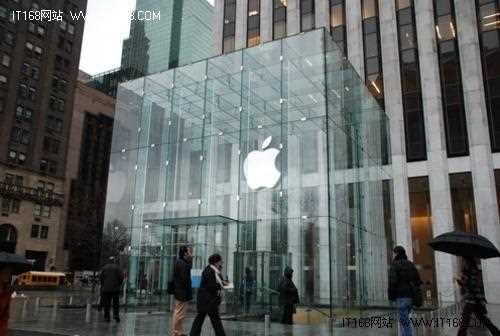 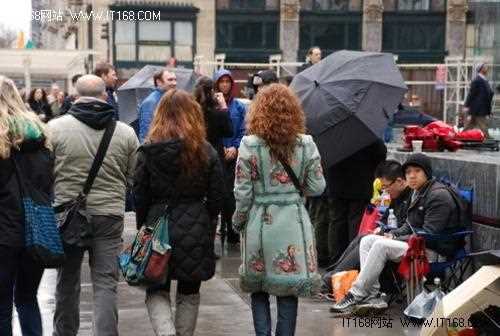 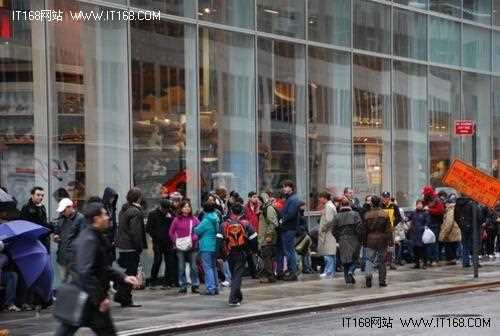 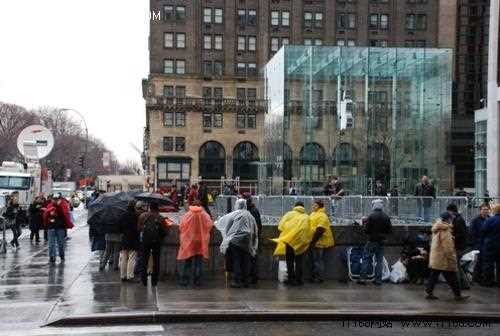 Microsoft announced the launch date on its Windows Team Blog on Wednesday. IE9 will be available for download at 9 p.m. Pacific, so for east coasters the launch date is technically March 15 at midnight.

Windows XP users will not see the IE9 RTW offer because the browser does not work on the still-dominant operating system, an omission that rivals have used to their advantage

The Traffic rank on alexa.com is still very low.

The main reason is still because I left several months.

For new Canada Immigrants, the schools categories always makes them be confused. When they searched out through searching engines such as Google, they might see different “District School Board” sites, and they might make mistake after they check the website information, for example: they want to apply A school, but they might get the school information is belongs to B which it is a similar school under another “District School Board”.

OK, let me try to clarify these mess, but I just give the info due to my personal experience : By now, I know there are at least 2 big and popular “District School Board”s in Toronto:

The Toronto District School Board is the largest school Board in Canada and
the fourth largest in North America. We have nearly 600 schools and
serve more than 250,000 students each year.

The Toronto Catholic District School Board is proud to be a significant
part of the fabric of publicly-funded Catholic education in the Province
of Ontario. We serve more than 93,000 students in our 201 Catholic
schools, and represent close to 475,000 Catholic school supporters in
this city.

So don’t mix them, you might be looking for an adult high school which belongs to TCDSB, not TDSB, right ? double check now.

Toronto’s Garbage Strike in 2009 has entered the 4th week’s end since June 22nd. The next week will be the 5th week. Here I selected some pictures of Toronto street. 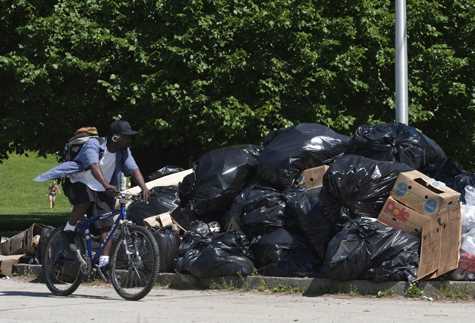 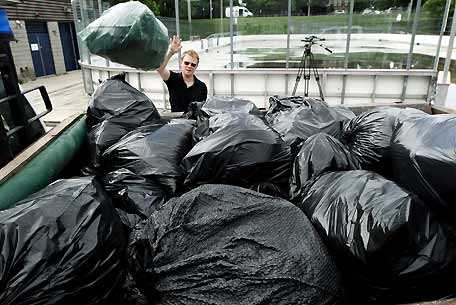 A person throws his garbage into a City of Toronto Solid Waste Management truck at the Christie Pitts outdoor hockey rink as the City of Toronto is in day four of their garbage strike in Toronto on Thursday, June 25, 2009. (THE CANADIAN PRESS/Nathan Denette) 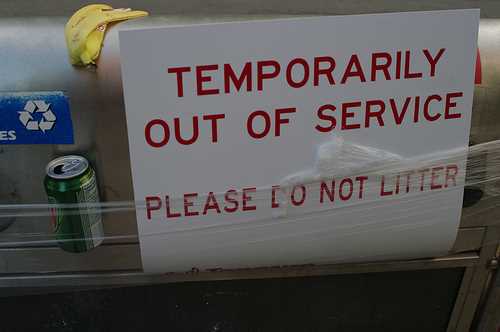 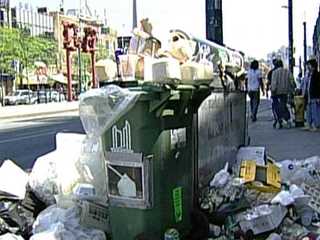 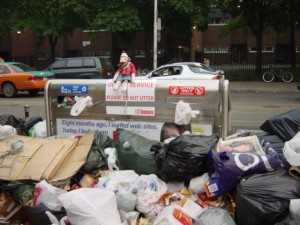 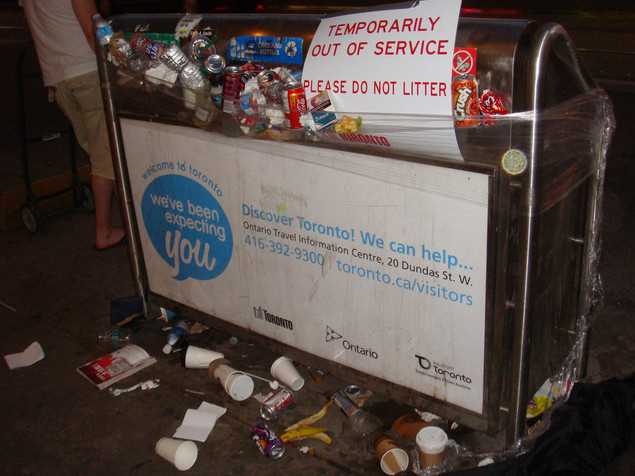 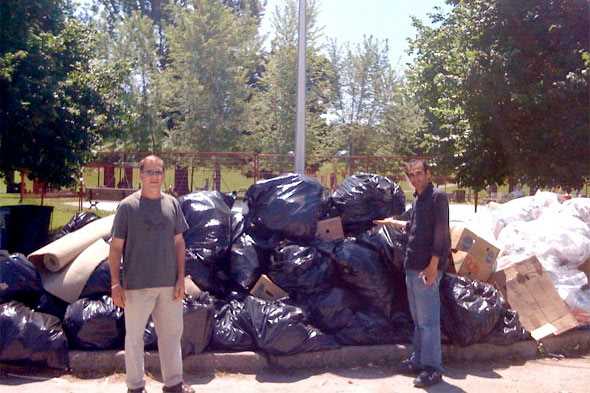 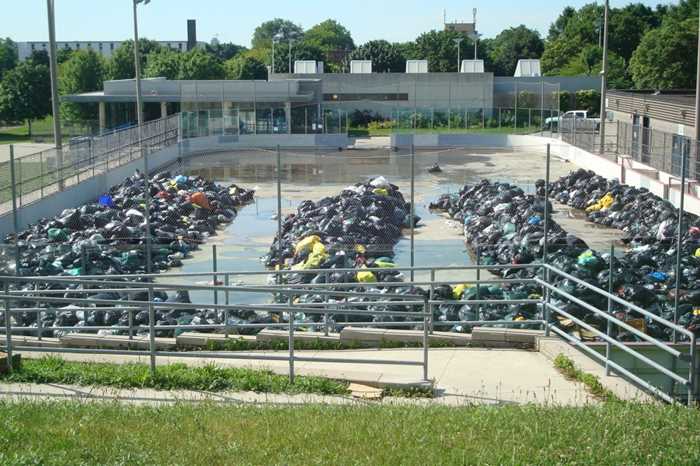 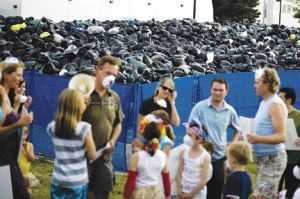 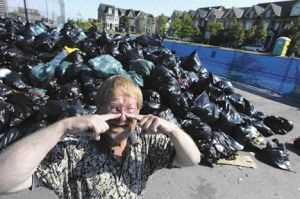 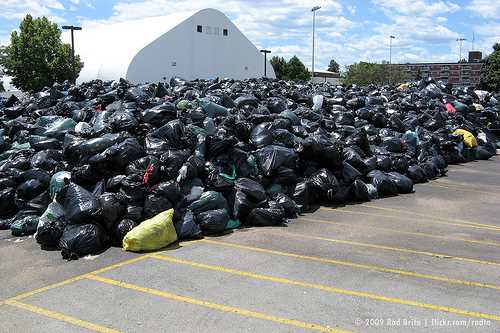 China’s Internet users have surpassed the U.S. population in number, and more Chinese than ever are using e-commerce and accessing the Web through mobile phones, according to official statistics.

China had 338 million Internet users at the end of last month, the most in any country, the China Internet Network Information Center (CNNIC) said late Thursday.

Chatting on message boards, cruising around social networking sites and pursuing other entertainment were among the most popular activities for Web users, the center said in a report posted on its Web site. The number of Internet users who watched videos online rose 10 percent from six months ago. More than one-fourth now shop online.

Almost all of the reported figures rose substantially this year. Nearly all of the Internet users had broadband, which China is working to link to more remote areas

But the report gave mixed signals on the prospects for mobile broadband, which China is also pushing. The number of Chinese who used mobile phones to access some online services rose to 155 million, but just one in four of those people said they would use 3G to surf the Web in the future, the report said.

High prices and limited coverage so far have kept down 3G take-up despite aggressive marketing by China’s three mobile carriers.

The report also showed the severity of malware and other security problems in China. Over 100 million Chinese had passwords or account numbers stolen in the first of this year, and almost twice as many experienced virus or trojan attacks, it said.

Despite the huge numbers, only one in four Chinese is already an Internet user, the report said.