Today, the Immigration Minister Jason Kenney announced today: New applications to sponsor parents or grandparents to Canada will not be accepted for two years as his officials work to clear the backlog.

Note: As of November 5, 2011, no new applications to sponsor parents or grandparents will be accepted for processing for up to 24 months. This temporary pause will allow us to focus on those applicants already awaiting a decision and reduce the backlog in the parents and grandparents category. This does not affect sponsorship applications for spouses, partners, dependent or adopted children and other eligible relatives. New applications received on or after November 5, 2011, will be returned to the applicant, including fees.  — from CIC 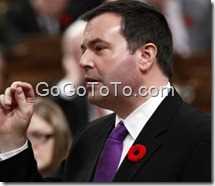 Also, A new 10-year, multiple-entry “Parent and Grandparent Super Visa” will allow holders who qualify to remain in Canada for two years without a need for renewal. The supervisa, which Kenney calls "the most generous" temporary visa provision in Canadian immigration history, would cost $150, the same as all multiple entry visas, and will be available next month.